This page describes an idea how to recycle an old MP3 player.

I had an MP3 player with broken screen and also a low quality speaker from a low cost market. So, I decided to reuse both of them and to make a Fairy Tail Speaker for my daughter. It could be a good alternative to musical books or children musical phones.

The idea is very simple:

The diagram of connections:

Inside of my Old MP3 player:

I soldered buttons and fixed them to the speaker case: 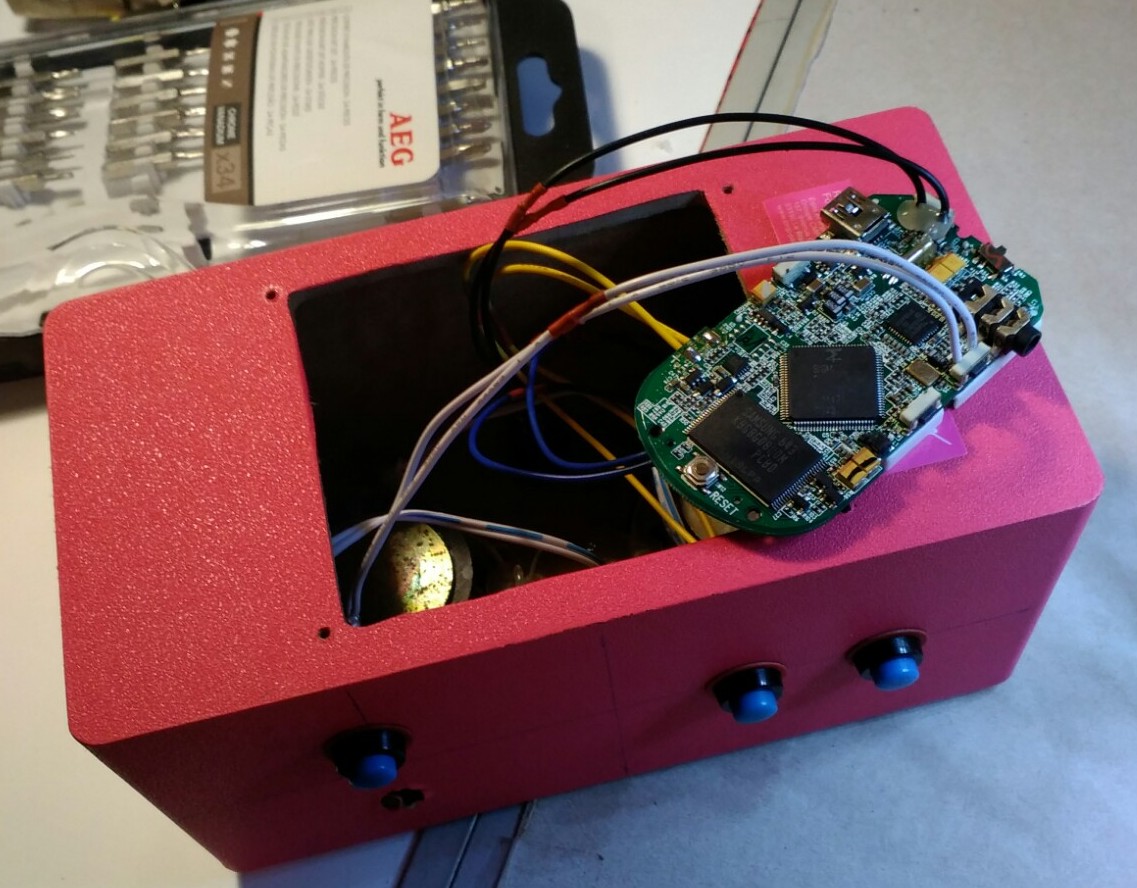 The 7-pin connector which I use in every DIY project. I cut a mini USB cable on two parts: one part goes from an USB battery to the connector, another one goes from the connector to the player: 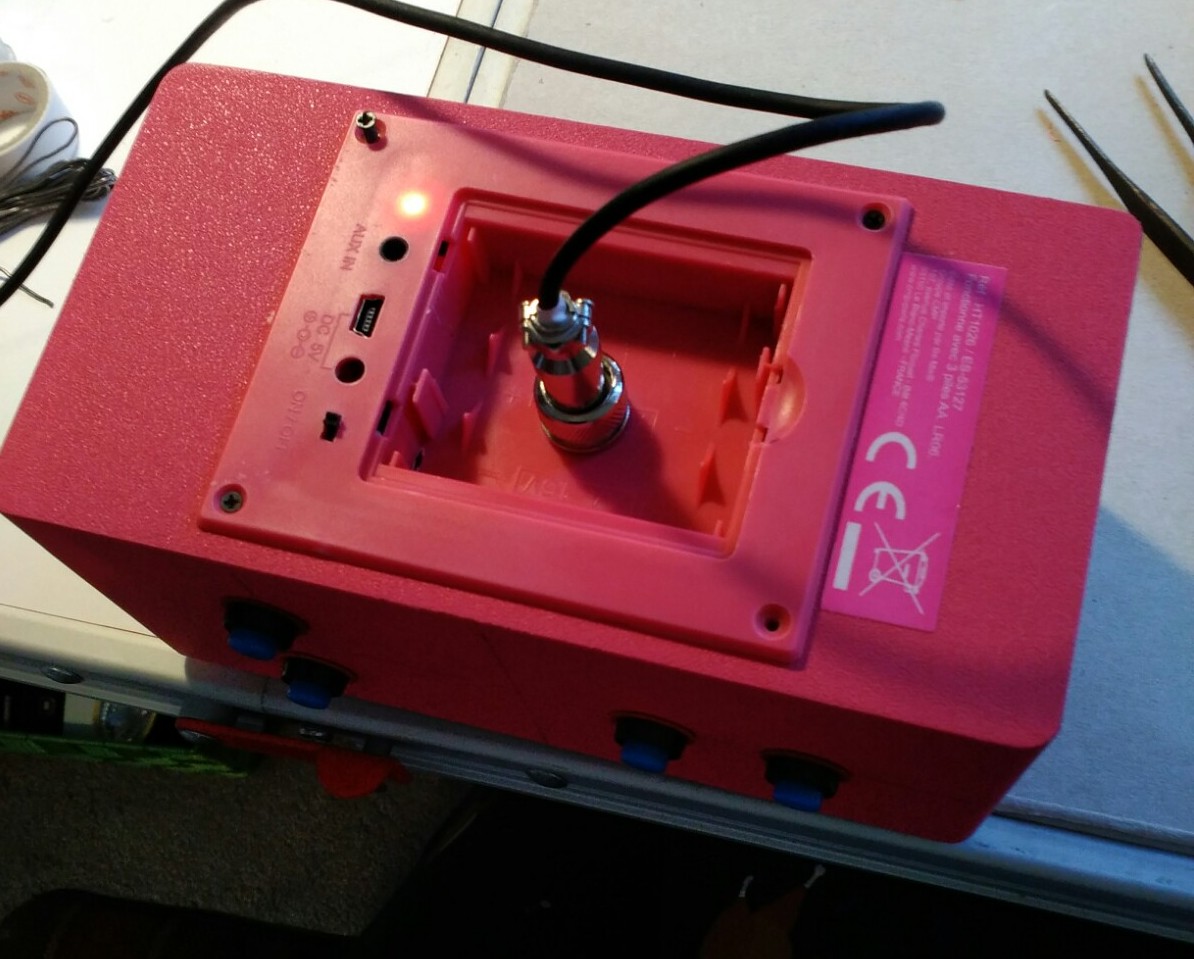 I added some stickers to reconize the commands: 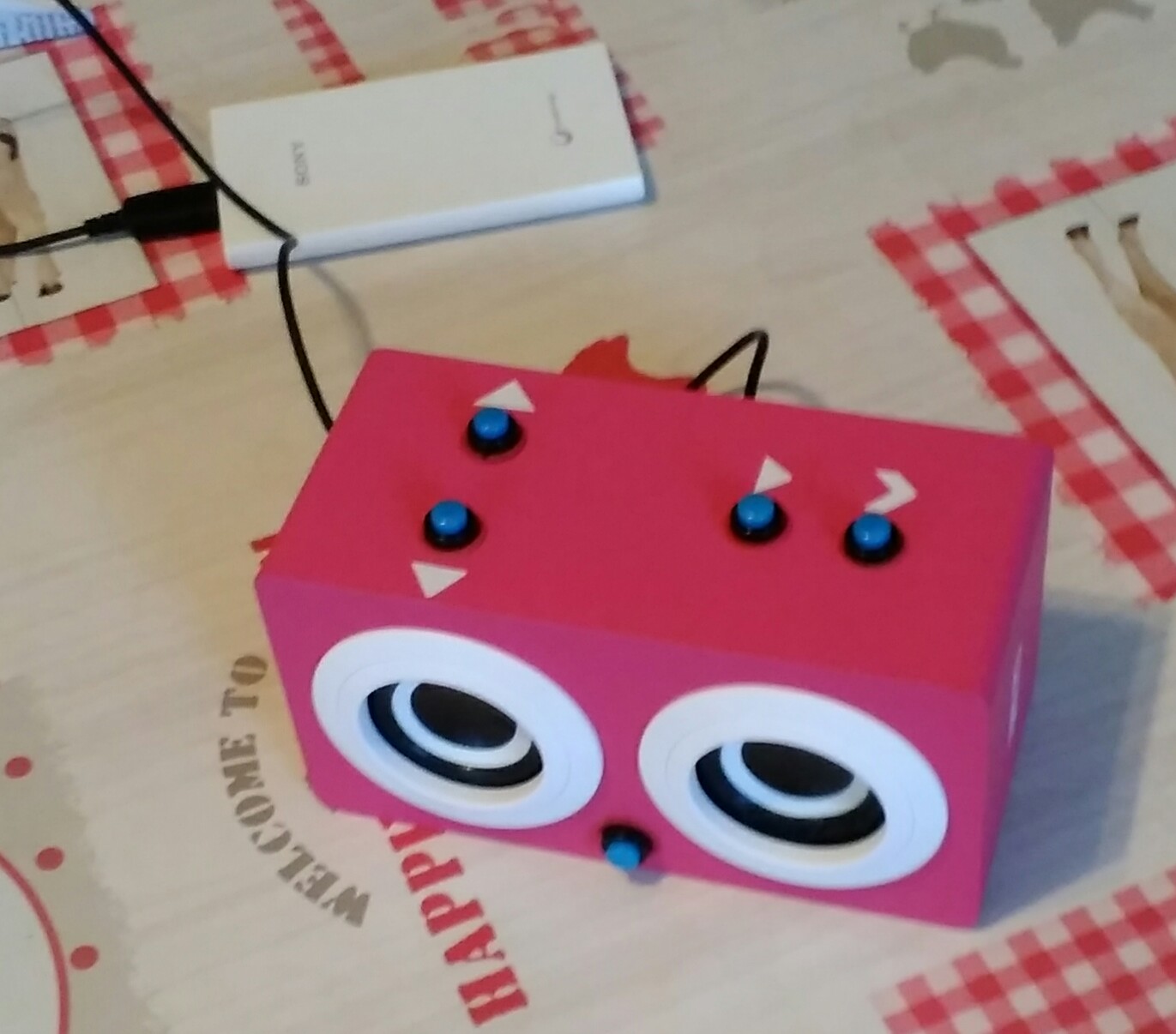 And the final look after a month of use: 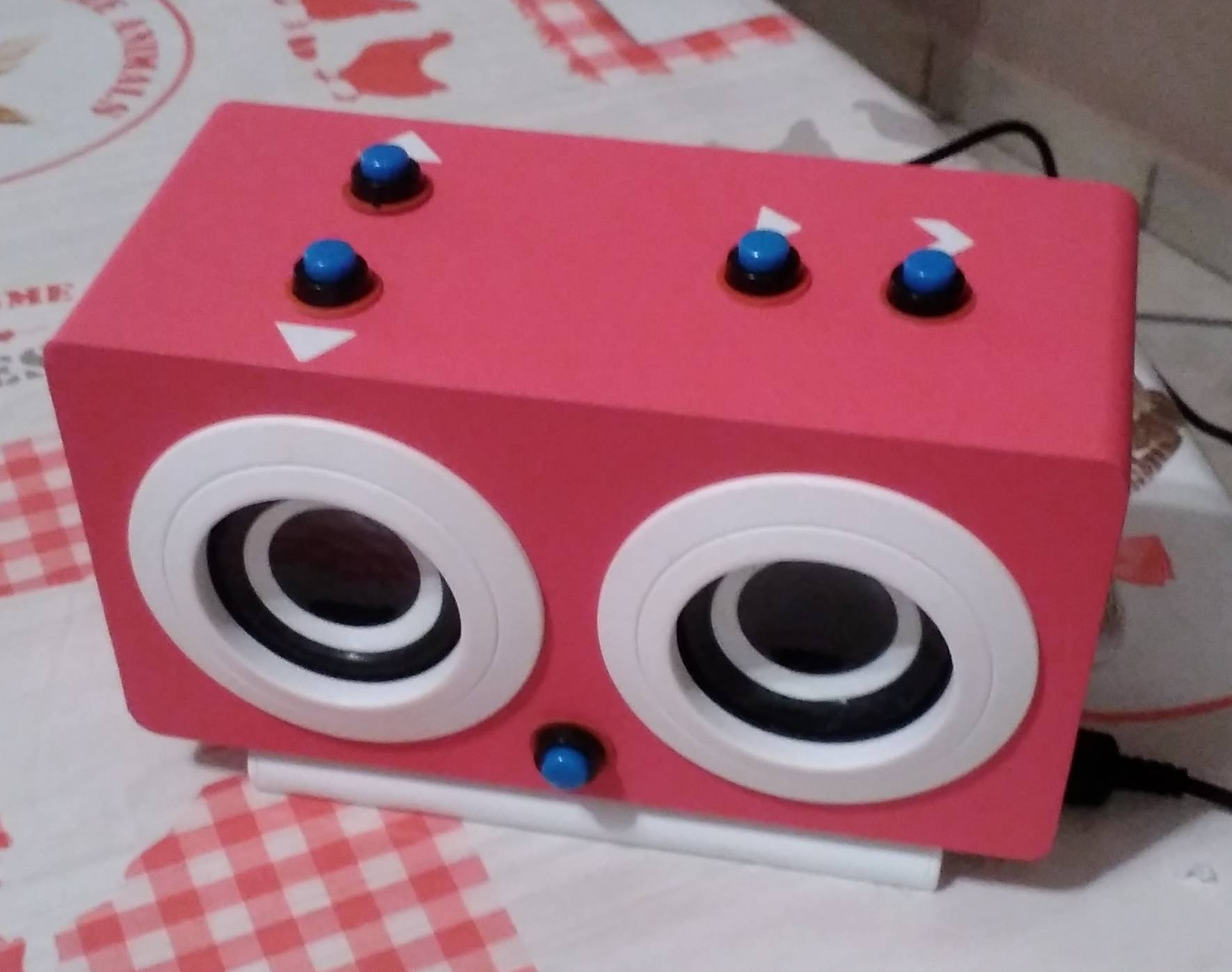 So, the Fairy Tail Speaker works! I download up to 10 stories at the same time to facilitate navigation by buttons.

I won also a Li-ion battery from the MP3 player which can be reused in another DIY project.